As an Introduction, Clifford who runs Optibiz spent 15 years in the Military as a Senior Artillery Officer and Second-in Command of a large Artillery Regiment which laid the foundations of a solid set of Values that he bases his life and work ethic on, namely;

This time in the Military prepared him well and taught him many valuable lessons, lessons that he uses not just in his personal life, but in business and when working with people

The Military prepared him well for a career in Project Management, in which he undertook multi-million-dollar Projects with Two Large Aussie Mining Houses (BHP BIlliton & Rio Tinto) and then to developing a 2300-hectare Banana Farm in Mozambique from bare land.

This time spent with Large Organisations, such as BHP Billiton & Rio Tinto provided some real insight into how important the management of Health and Safety is within the Workplace. Even though H&S was not his primary role, it definitely played a part in introducing him to H&S and little did he know that this would later stand him in good stead.

Since moving to NZ he has worked with a large Industrial Door Installation Company, who he still consults for on a weekly basis and manages their H&S, as well as large Fire Protection company in Bay of Plenty & Waikato, as a Contracts Manager.

It was in these roles when Cliff then decided to utilise his Health & Safety knowledge, he had gained over the years to assist Small to Medium (and even Large) Business Owners within the greater Waikato implement an effective & compliant Health & Safety management system, to ultimately ensure their Employees are getting home safely……. daily.

Cliff’s connection and enjoyment of assisting people has brought him on this path to meet new people each day and potentially assist them in making a sound decision in their business to ensure the Safety of them and their Staff. 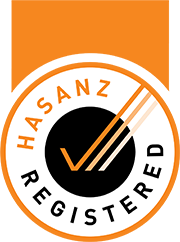